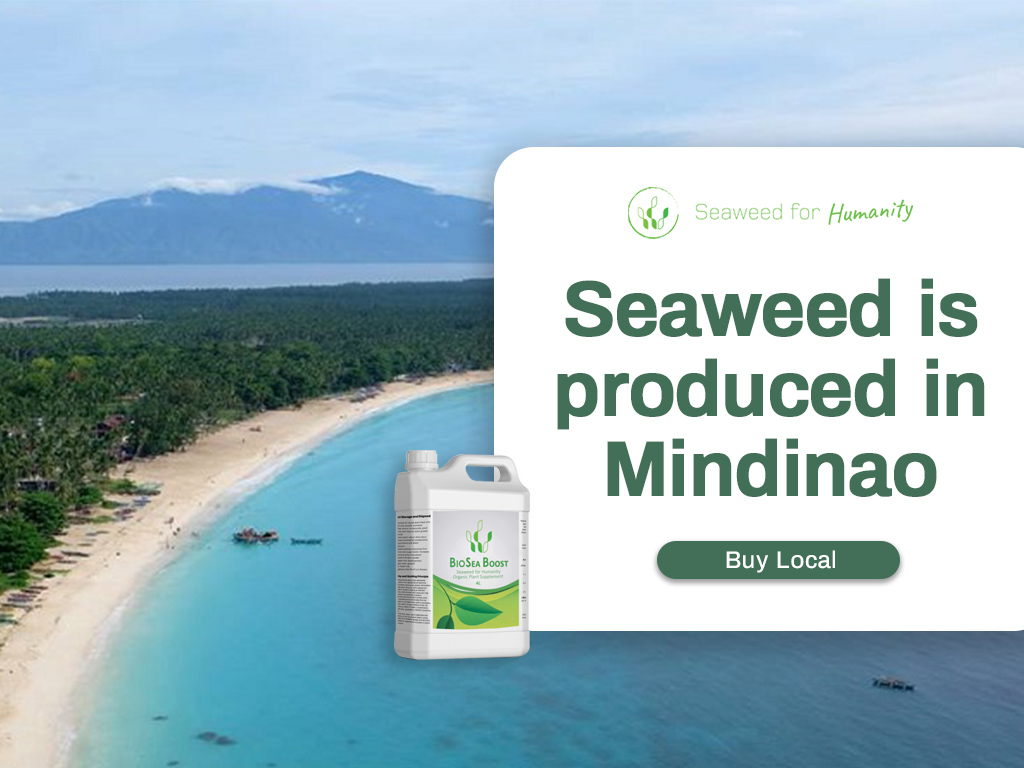 Our seaweed is grown in Mindinao. This southern region of Philippines is the food bowl of the Philippines. The major city is Davao with about 2m people. Samal Island and down the coast past Digos have excellent water quality with water depth rapidly going down past 200 m. Tides flow directly from the Pacific Ocean. Growers and production systems ensure we do not harvest seaweed for our Biosea Pet products from areas there is the potential for heavy metal accumulation or pollution.,

Here is the area from Google Maps.

Mindanao (/mɪndəˈnaʊ/ (listen)), also commonly known as Southern Philippines, is the second-largest island in the Philippines. Mindanao and the smaller islands surrounding it make up the island group of the same name. Located in the southern region of the archipelago, as of the 2010 census, the main island was inhabited by 20,281,545 people, while the entire Mindanao island group had an estimated population of 25,537,691 (2018).

Organic, and Grown in Mindanao

The poorest island in the Philippines is also one that’s rich with natural resources. It is considered the country’s food basket, producing 40% of the country’s food needs and contributing more than 30% to national food trade. One-third of its land area is devoted to agriculture.

In addition, there are hundreds of seaweed farmers who grow seaweed. Most is dried and used in the carrageenan market but Marine Algae Products contract farmers to grow seaweed and this is used to used to make the certified organic seaweed fertilizer. Locally grown, locally used.